The village of Borovo

The village of Borovo is located in the middle part of the Rhodope Mountain. It stays on the west of the city of Plovdiv on a distance of 50 km; 38 km on the south from the Bachkovo Monastery and 6 km to the small town of Lucky. The geographic parameters are: Geogr. latitude 41.85N and Geogr. longitude 24.883E. It is 1021m above sea level. 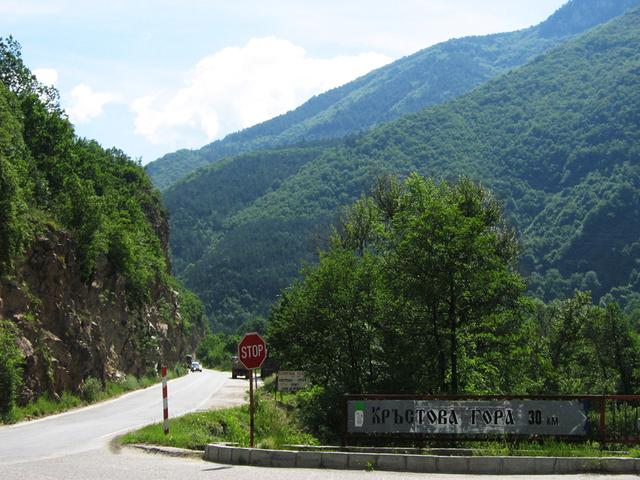 To get to the village of Borovo you have to go to the main road Asenovgrad-Smolyan. Turn left when you reach the Yugovsko Hanche and follow the signs for Luki and Krustova Gora. The first village you pass through is Yugovo (about 10km from the town of Luki) then turn left again to Krustova Gora. The road is asphalted but very narrow and curved so you have to be more careful when driving. You will be able to enjoy the magnificent Rhodope Mountains while travelling.

The village of Borovo was inhabited in the 5th - 4th centuries BC according to archaeological excavations. For the first time however, in 1083 its name was mentioned together with other villages in the area by Gregory Bakuriani's writings referring to the monastic community in the Bachkovo Monastery.

Borovo is a small and nice village with a rich culture in the heart of the Rhodopes. It is an ideal place for those who love nature and eco-tourism. The village is close to various cultural and historical landmarks. Everyone can find something interesting.

The holiday of the village is celebrated every first Saturday of September (about 6th September). There are performances all the day. The guests and the residents of the village celebrate in the center (megdan) and eat delicious soup called kurban. 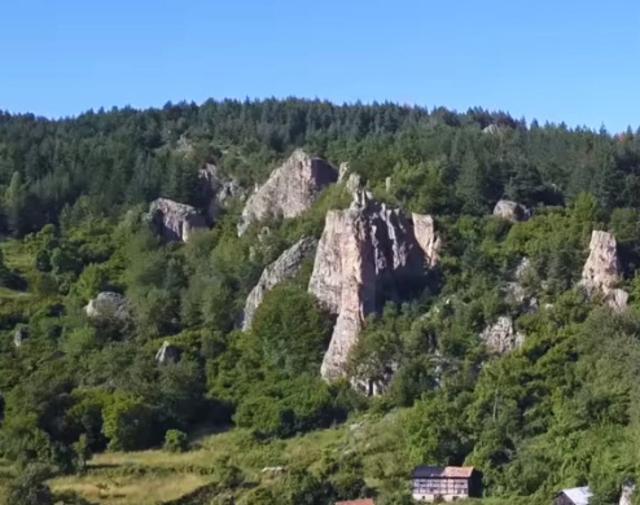 Two remarkable natural phenomena are staying above the village - the Karlukovski stone which looks like a stone forest and the Orel Rock. They look even better at sunset.

The Vuznesenie Gospodne Chapel is just 300m away from the village of Borovo (10 minutes by foot). It rises lonely but majestically just over the road to the Cross forest. There are other temples in the village, but this particular one stands out. 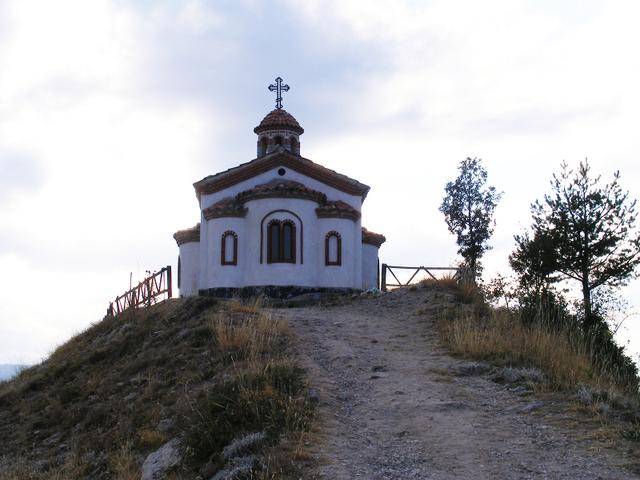 There are breathtaking views and fresh air on the way to the chapel. Time seems to have stopped. You can sit for hours in silence and tranquillity in the songs of the birds and the breeze of the wind bearing the scent of freshness and herbs.

The Vuznesenie Gospodne Chapel is new - built in 2006 by the locals with their own funds on a place liked and known from ancient times. The wall paintings are rich in colours and with clearly distinguishable inscriptions. You can light a candle in the chapel by leaving the amount you want. It is used to support the temple. 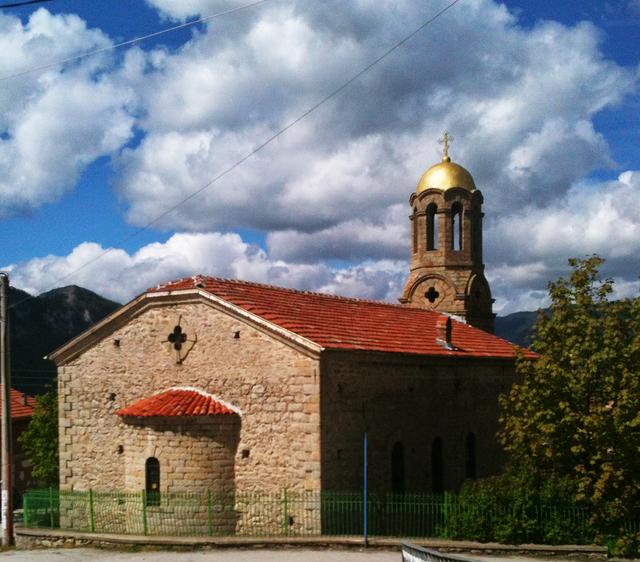 The church is located in the center of the village and it is special for the local people. It was originally built for a Christian church but the Ottomans turned it into a mosque. As soon as the minaret was thunder struck they returned it to the Christians. It is built of stone without using wood even for the dome.

The Eco path called the Way of the Heart

The Eco Path consists of three routes - The Way of the Smile; The Way of the Faith and the Way of Light. All of them start from the Temple Rojdestvo Bogorodichno. They pass through interesting and beautiful historical and natural landmarks such as: Thracian sanctuaries, rocky terraces with unique views, places for relax, chapels. The average necessary time to follow the routes is about 1-2 hours. There are detailed signposts of the routes in the center of the village.