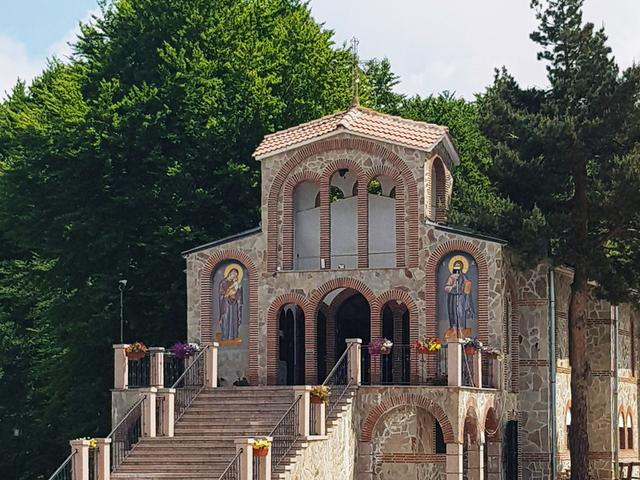 Cross forest or as noted on the map Cross peak is one of the biggest Orthodox holy places in Bulgaria. It attracts a large number of pilgrims and tourists.

It is located in the Middle Rhodopes, 60 km away from Plovdiv, 40 km from Asenovgrad and just 7 km from the village of Borovo. The road that passes through the center of Borovo ends in Cross peak. It is 1545 meters above sea level. If you like walking in the mountain you can also go by foot following some of the eco paths from the village of Borovo or Mostovo (it takes around 3 hours) or walk along the main road. You will enjoy the beauty of the Rhodope Mountain and eat strawberries.

The monastery complex also offers rooms for overnight stays. The holiday of the Holy Trinity Monastery is on 14th of September (13th of September against 14th of September) - Adoration of the Holy Cross (Cross day ). Many people gather from all over Bulgaria in anticipation of their miracle. Every Friday is also held a Midnight Liturgy which is the only one in the country and follows the traditions of history. 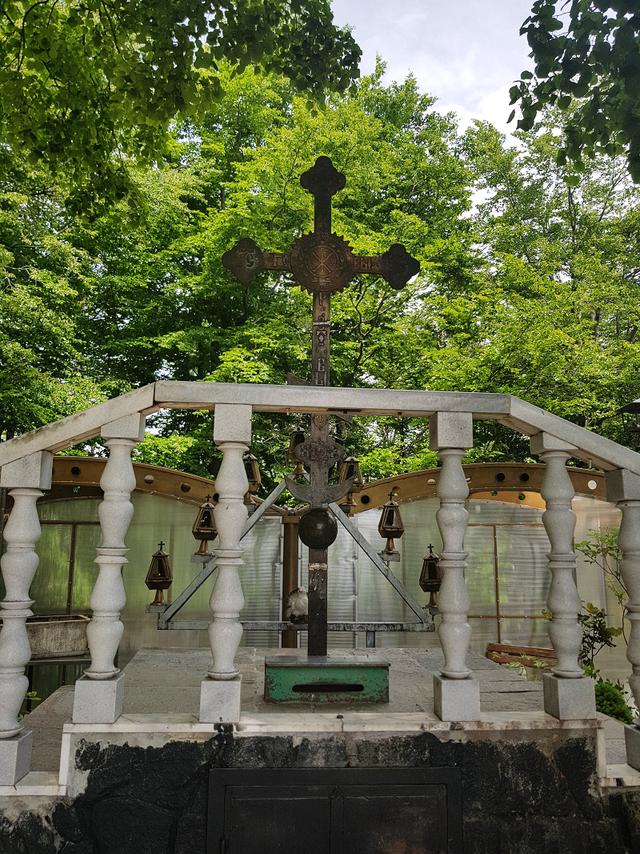 The history of Cross forest (Krastova gora) is related to the history of the Bachkovski Monastery. The founder of the monastery Gregory Bakuriani writes in the part "About the Holy Treasures and the Honest Holy Icons": "I gave to the monastery two golden alloy icons that have great pieces of the Holy Cross of Christ on the end. The bigger icon is called "The Holy Transfiguration of the God", and the smaller one - "The Holly Virgin". As it is known St. Queen Elena carried on a big part of the cross from Jerusalem to Constantinople. Gregory got parts from this sacred relic embedded in the two icons as he was quite close to the Byzantine Emperor. Later when a monastery was built on Cross peak Bakuriani gave the bigger icon with the built-in particle of Christ's cross.

Up to nowadays it is said that a particle was buried by the monks somewhere in the area as not to be abused during the Ottoman rule and is still there. More about the history of Cross forest 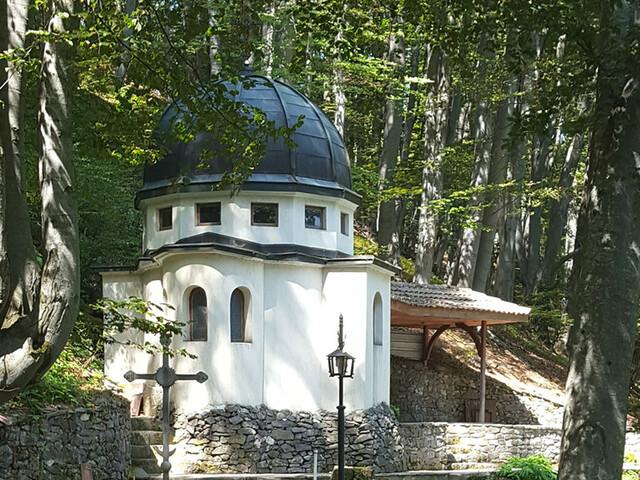 That is why the Byzantine chroniclers called the Rhodope Mountain "Magna Silva Bulgarika" which means the Holy Bulgarian Forest. The monastery complex is located on a crossing meadow in a beautiful forest. Many of the pilgrims call it the little Jerusalem. The place is covered in mystery and for years has been associated with stories about a number of miracles that happened to people who had visited it.

In one of his speeches the Abbot of the Monastery says, “Cross forest is a God's gift for the believers, and a cosmic present for those with hesitations in their faith. Anyway, not only the Rhodopian air is purified here but even a human can clean his soul and heart.” 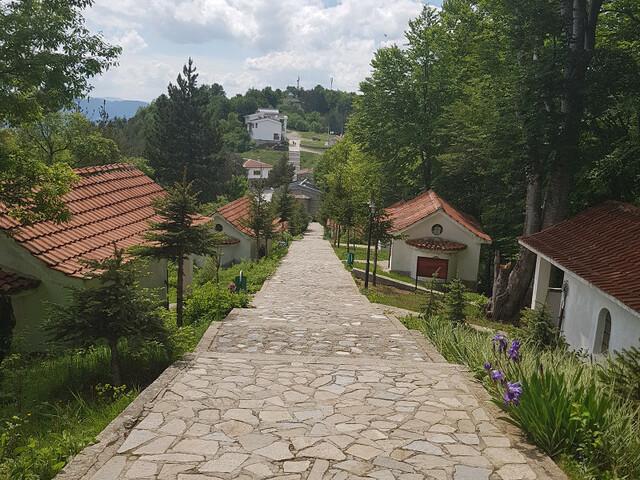 Many people visit Cross forest all year round. Everyone has a different feeling for the place. For some of them it is a holly and healing one and for others it is just a Christian monastery among wonderful nature. Some people talk about the miracles that have happened to them; how they have recovered or the dreams and desires that have come true; the cross of stars in the sky in clear weather and the feeling that they are close to the Paradise. People who visit it by curiosity or simply as a place for walking say that they are positively charged with strength and energy either from the silence, the tranquillity, the crystal air and the wonderful landscapes or the energy of the place… Everyone can feel it with the heart. Cross forest is one of the peaks of the so-called "Energy Triangle" - Cross forest - Belintash - Karadjov stone.