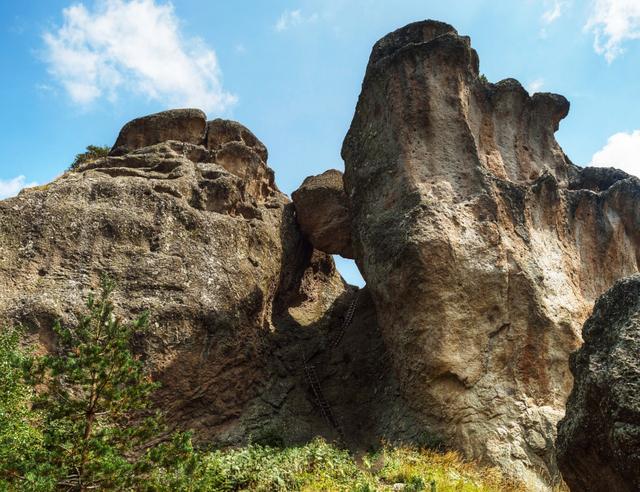 The rock phenomenon Karadzhov Kamak is one of the peaks of the famous energy triad Krastova Gora - Belintash - Karadjov Kamak. It is a plateau. It is 1448 m high. There is a cliff with a height of 18m in the gap between two rocks which makes it interesting and mysterious. Just below the big stone there is a wooden ladder and a metal rail beside it. The ladder is interrupted in some places and the movement is on the very rock. This is the only way to the top as the locals call it Boaza (slit).

Karadzhov Kamak is located near the village of Mostovo and Krastova Gora. There are two ways to get to it. The most preferred and easier route is across Krastova Gora. It is a pleasant walk in the forest for about 3 hours (round trip). The distance is 6km in one direction. Once you reach the top the view will leave you without words. 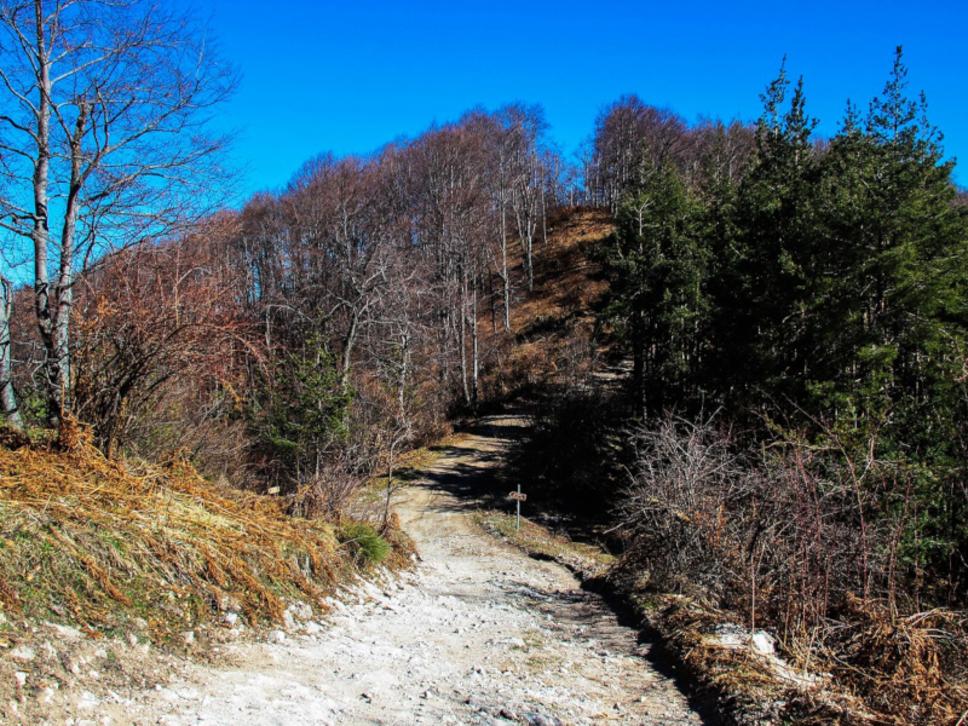 When you are on Krustova Gora you have to get the road to the "Eye holy water" straight to the Svoboda hut. The route is well-marked so you can hardly turn away or confuse the way.

The Story of the Sanctuary

The Karadzhov Kamak has been in the interest of the archaeologists for many years but in 2004 some surveys were made of the area by the team of Dr. Ivan Hristov (a scientist in the Bulgarian Academy of Science).

The archaeologist Dr. Ivan Hristov made several drillings at the low plateau and discovered a number of ceramic fragments that date back to VIII - VI c. This date coincides with the presence of the Thracians in the area and the sanctuary is connected with the Thracian tribe Bessi which inhabited this part of the Rhodopes at that time. As far as it is known when a Thracian dies his relatives carved hollows and holes in the rocks filling them with gifts and thus sacrificing them to the gods.

While climbing to the top of it you will be attracted by the mentioned above pits carved in the rock in which the donations for dead Thracians are placed. 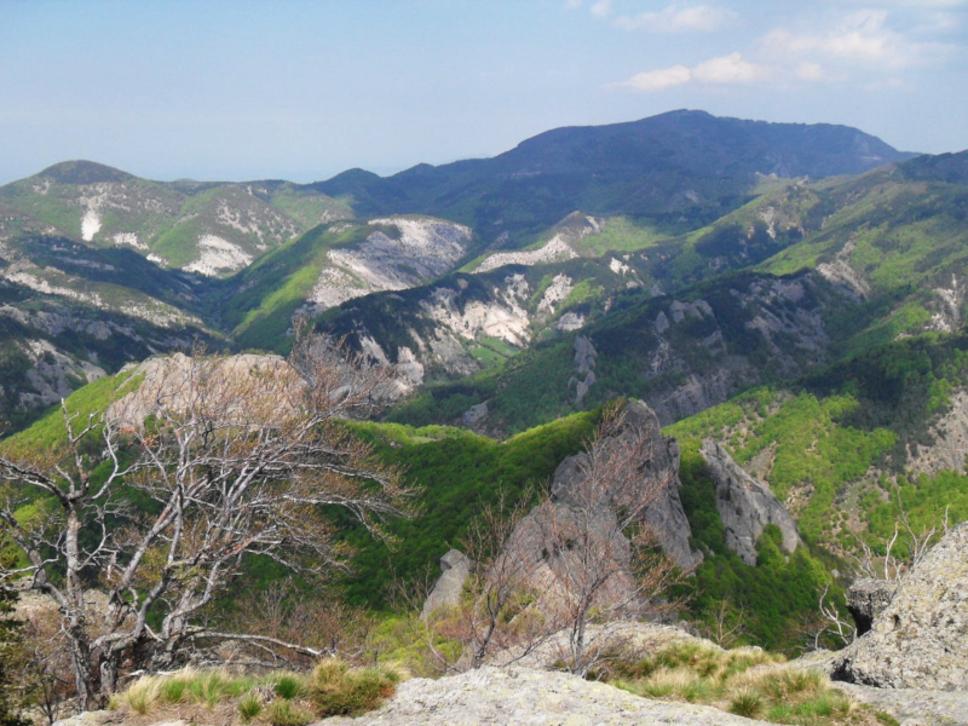 At the top can also be seen pits scattered along the entire rock. Another theory for the pits says that sacrifices have been made and the chutes have been used to drain the sacrificial blood of the sacrificial animal through which important moments of the tribe's life and war were predicted. 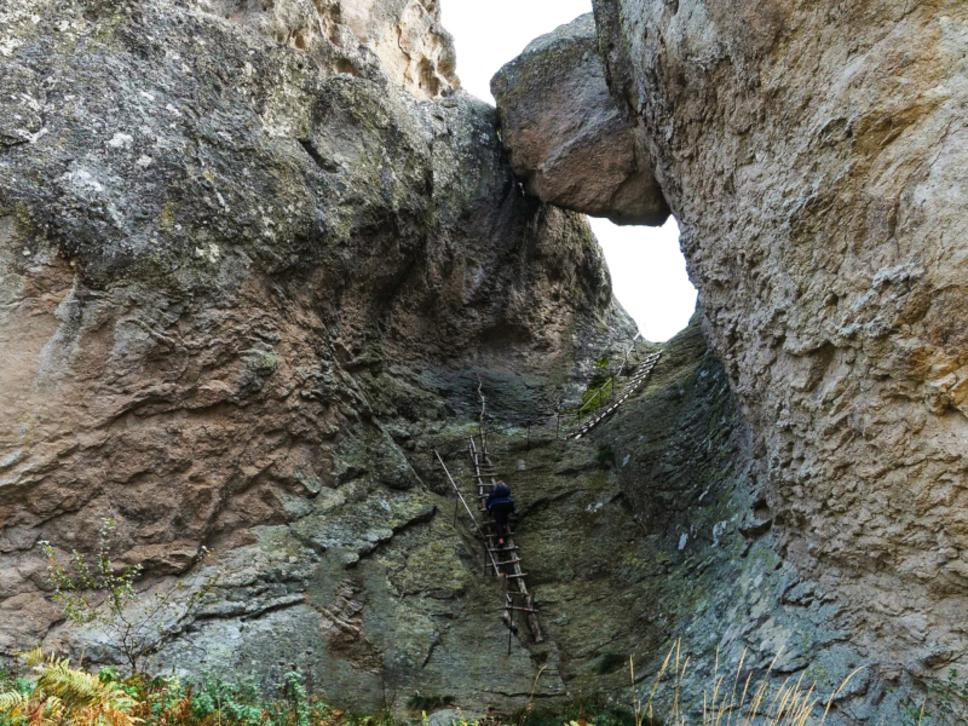 There are folk tales for the Karadzhov Kamak. According to one of them Karadzha voivoda from a village near Asenovgrad called Yavrovo kept a population from the invasions of the Turks. After the brutal murder of a local maiden Karadzha Voivoda attacked and killed 25 Ottoman Turks leaving only one who brought and betrayed to the authorities in Plovdiv with the words that the Bulgarians from Stanimashko would not tolerate atrocities and harassment. The authority man was angry and sent an army that surrounded the voivoda and killed him on the rock. Thus the rock bears its name from that time Karadjov Kamak.

Another legend tells us that before the death of Karadzha voivoda he buried some treasure somewhere under the stone.

The locals avoid talking about the Karadzhov Kamak because they believe that the plateau and the rock are also carrying bad energy due to the rumors of buried treasures.